Silverton EMS
Silverton EMS
HomeAbout UsApparatusCPSC RecallsCall HistoryContact UsDonateERGGuestbookLinksNewsPictures
Recent calls
Calls Stats
We would like to share a few stats with the residents and followers. Last year we staffed a minimum of one ambulance 24/7 for 365 days. These ambulances were staffed with two trained EMTs or Paramedic...
➜
About us

7 days a week to the residents of Silverton and Toms River Township.

The Silverton First Aid Squad was organized in April 1964, by Jerry Geoghegan, Thomas Garner, Theodore Gutches, Joseph Clayton, and John Lawler, who recognized the need for such a necessary community service. Jerry Geoghegan and John Lawler were both Dover Township Police Officers at this time. Through their efforts, the squad was officially formed. The squad received a donated 1952 Cadillac ambulance and began answering calls 24 hours a day on May 30, 1964. During the first year of service, members answered 110 calls. Since the squad had no headquarters, meetings were held in member's homes. On August 16, 1964, the squad purchased a 1964 International ambulance and since that time a new Cadillac had been added. In 1965, the squad through generous support of the community was able to realize a dream come true, the construction of the first squad building in our present location. Our membership totaled 22 who where on call 24 hours a day, every day of the year. During the year 1967, 207 calls were answered. The squad continued its operation up until January 1989 when we suffered a very tragic loss. The Silverton First Aid building and a van ambulance were completely destroyed by fire. Our other two rigs were saved thanks to the heroic efforts of Debbie Franzoso (squad captain at the time). She literally drove both rigs through the garage doors. Debbie was treated and released with smoke inhalation. Through the exhausting efforts of the community, Pleasant Plains First Aid, the Silverton Fire Company, the dedicated members of the squad and individuals from private sectors including John DeGeorge and the many other contractors, our squad building was rebuilt and continues to house our members and equipment to this day. During this tragic event, the squad was out of service for only 1 day.

Today, the squad had a beautiful building, 30 members, 4 vehicles, logs over 20,000 miles and answers over 1000 calls a year. We continue to maintain our mission statement which is to provide our community with unparalleled pre-hospital emergency care, through the highest standards of training and dedicated professionalism. Thanks to the efforts of Kevin Geoghegan, we welcome back and currently house our original 1964 ambulance which had been reconditioned to its original state. Our dedicated members continue to serve the residents of Silverton and the Township of Dover with outstanding pride and professionalism.

In October of 2012, our Squad's area was affected by Hurricane Sandy. Our members spent countless hours on call during the storm protecting the residents of Silverton and Toms River Township. Many of our members had substantial damage to their homes causing total devastation. However, we united and are Silverton Strong! 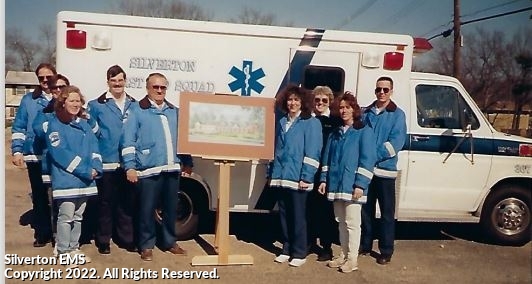 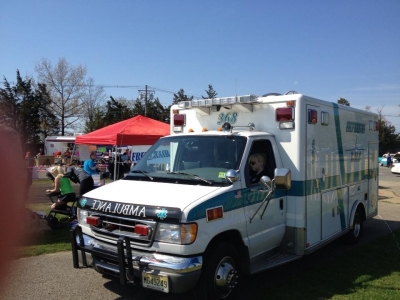 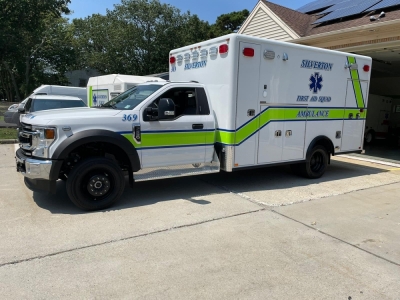 Silverton EMS
86 Maine Street
Toms River, NJ 08753-1780
911
732-255-3034
Map
Directions
This site has been viewed 2,788 times.
Calls
News
Pictures
Apparatus
Maintained by the members and staff of Silverton EMS. Designated trademarks and brands are the property of their respective owners. Copyright © 2006-2022. YourFirstDue Inc. All Rights Reserved. Content on this web site is supplied by Silverton EMS. YourFirstDue Inc. cannot be held responsible or liable for any content, text, pictures, or any other media found on this web site.
Management login
Powered by